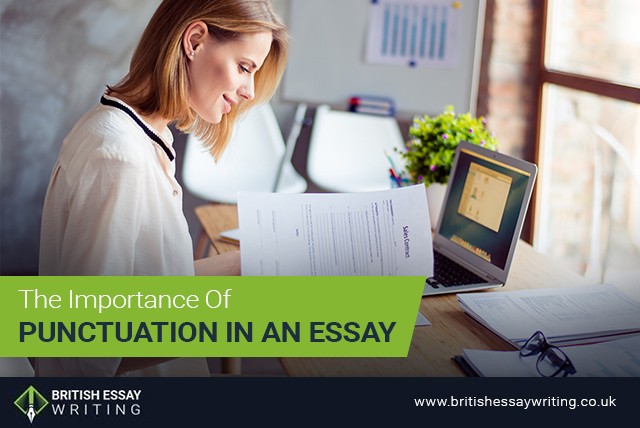 The Importance Of Punctuation In An Essay

There is one, well not a theory, rather an idea that suggests why students do not really understand the importance of properly using punctuation in any of the work that they write. They have just got too much work to do and not enough time or strength to do it in. And for this reason, surely, something so insignificant as a punctuation mark could, after all, be forgotten or ignored?

That however, is the biggest mistake that any student could ever make. The cardinal sin of forgetting to bother about punctuation will have a very significant and adverse effect on the value of your entire paper, because who, after all, will want to read something so full of mistakes as to be almost incomprehensible?

If you feel that this is an exaggeration, consider the following example:

He was pricked by a thorn which hurt him.

He was pricked by a thorn, which hurt him.

It doesn’t seem to make a lot of difference, does it? Both the sentences seem to have only a comma as the main, and only difference between them. And yet, it is the comma which changes the entire meaning of whatever the two sentences are communicating.

In the first instance, the absence of the comma means that the thorn actually hurt the subject in question. In the second instance however, it was the prick from the thorn which hurt the subject. It is entirely up to the discretion of the reader to decide which they would rather have as being the thing that causes the subject some hurt, the thorn or the pricking from it. In any case, just imagine, if this is the impact that a small comma can have on the meaning of an entire sentence, how much more will it impact your academic writing?

The Basic Punctuation Marks To Watch Out For

The concept that goes with academic work is that it must be absolutely perfect to be able to considered as being worthwhile by any readers. This opinion however, can only be fostered if the student in question pays all services for each story partition Home Concierge the main close positions are more by attention to their punctuation. The following are just two of the most basic punctuation marks that students need to watch out for:

The Vatican City Is within the boundaries of Rome.

The Vatican City Is within the boundaries of Rome?

In the first instance, the full stop indicates that the speaker is sure of their facts and is making a statement. In the second, the speaker’s uncertainty seeps through as they ask the question regarding the location of the Vatican.

The comma is one of the most misunderstood of punctuation marks. One rule which gets very confusing is that regarding the placement of the Oxford comma. This is the comma that is placed before an and when talking about a list of things.

They called the dogs, Jim and Tim for food.

They called the dogs, Jim, and Tim for food.

In the first instance, the absence of the comma implies that Jim and Tim are the names of the dogs. In the second, we realise they are separate individuals.

Punctuation can get tricky, so maybe here is where you need to get help. How about contacting British Essay Writing for assistance? 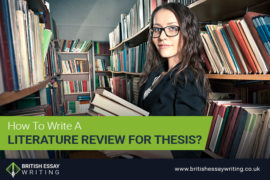 How To Write A Literature Review For Thesis? 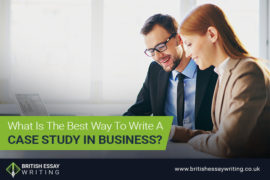 What Is the Best Way to Write a Case Study in Business? 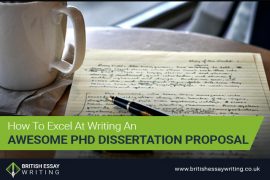 How To Excel At Writing An Awesome PhD Dissertation Proposal