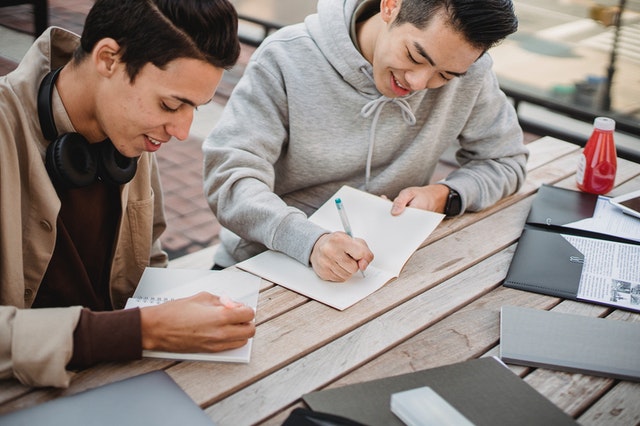 How to distinguish and work on different types of essays

In elementary school, students are often fond of activities that involve moving around and doing something rather than sitting all day long in the classes. For instance, as a teacher, you would’ve had to incorporate an interactive curriculum in your teaching planner so that the kids can stay attentive and don’t doze off in the middle of classes. That is why, when you assign them a task that involves essay writing, most of them must’ve groaned outwardly or some even internally. It can be a mundane task that can be maddening if you don’t like what you’re writing about. However, essay writing is absolutely essential for any individual’s academic life.

According to a statistic, only one-third of college students have actually written any paper that has been of 10 pages or longer. It might be nothing new for you, but it’s a cause for alarm because essay writing is something every college student should be exceptional at regardless of their domain. So, allow us to take you back to school and teach you a thing or two about essays.

Definition essay basically means, that even though essay writing is a common practice, and even though you may know very well how to work on the essay, have you given any thought to the precise definition of ‘essay’? Well, in case you don’t know, allow us to bring it to your attention. It is referred to as a piece of writing that provides information to other people. But, as generic and vague as the definition is, it is more under stable when you actually get down to its structure and how to plan it. Hence, practical implementation is key for you to get in touch with your inner academic writer, who’d be able to get the gist after just a single glance. So, let’s have a look at the types of essays that are commonly used.

You must’ve written a bunch of essays as a kid and not known the significance of them. They’re just assignments from the notes you took, so you can’t wait to get over with them. However, there are certain ideas, and layers embed within each essay, and for doing justice to a certain type of essay, you need to know the basic requirements you must adhere to. For that purpose, you need to gather your wits and put your head in the game.

Firstly, there are several different types of essays. However, we’ll be focusing on just four types today; otherwise, you might easily get confused by the different types and their requirements. Furthermore, there’s the issue of understanding when to use which type of essay while answering a question because if you choose the wrong essay type, you could be taking a huge risk. That’s why you must be able to distinguish between essays so that you can know what to write about.

There are four common types of essays:

If you’re given a question that involves essay writing, in the early ages of education, your teacher would probably highlight which type of essay she wants. Gradually, in older classes, you’re expected to deduce the type of essay all by yourself.

Let’s study the essay structure types on their own:

An expository essay is a common type of essay which involves informing the masses using facts and figures. It’s a piece of writing that’s based on actual scenarios or topics along with an analysis of the said topic. An expository essay is very much similar to report writing, where you present information based on the 5 W’s; who, what, when, where and why. The need to present facts is the emphasis in most expository essays. Furthermore, these essays consist of unbiased information, so you have to refrain from including your own point of view. Another key point is that you cannot pen down your thoughts on the matter nor write in the first person.

The category of an expository essay itself is divided into four sub-categories. Thus, there are multiple types of expository essays as well. The main concept and idea of the essay remain the same; however, a different or similar format is followed for each type. They are:

For an expository essay, you may work on the following topic:

“How modernization has played a part in bringing about a change in rural areas.”

Your entire essay depends upon your thesis, which is featured in the introduction. If it’s strongly based, then you have a heavy chance of explaining your point. On the other hand, if it’s loosely based, the reader might not be convinced much.

Your essay should not consist of less than three body paragraphs; otherwise, you might lose marks. Furthermore, your body paragraphs should vehemently support your thesis.

In this section, you address any shortcomings or limitations that are associated with your thesis and how they can be handled.

Essay writing service UK would say that the conclusion of your essay is like the end of the line. It needs to solidify and summarize the entire thesis and the points presented.

For an argumentative essay, you may work on the following topic:

“With the advent of social media, what sort of influence does it have on students?”

Most essay writers would say that a descriptive essay revolves around the theory of painting a picture with the gift of words for someone else. In this type of essay, you have the liberty of writing just about anything. You can describe someone’s personality, an object, a place or even a significant memory if you happen to remember it vividly. But that’s not all that’s required of a descriptive essay. You have to integrate a deeper meaning through the description so that the reader would grasp the reason you opted for such a topic. Educators say this type of essay checks your knowledge and creative use of English and also how well you’re able to describe each sensory detail.

The introduction can begin with a metaphor that you can wrap around the situation and then lead the audience towards the actual topic. There are no precise templates for this type of essay, though. So you can come up with a logical format of your own. Although you have to use the language creatively and the words need to depict the topic precisely, you must keep in mind not to throw in a bunch of jargon without context. Otherwise, the essay might get very confusing.

For a descriptive essay, you may work on the following topic:

“Describe your most favorite memory as a child.”

Narrative essays require you to become a storyteller as you’re expected to narrate an incident in the most precise manner it took place. Thus, it’d help to utilize a real-life experience, or it can even be fiction, but it must be a well-written piece of fiction for it to be believable. A narrative essay involves the use of first-person so that the reader can imagine themselves to be there in the moment. Thus, engaging the reader from the get-go. The essential part of a narrative essay is to sell the narration to the reader to the point they are fully immersed into it.

There’s no specified structure that’s followed for a narrative essay as compared to other essay types such as introduction, body and conclusion. We’d suggest building up the essay by forming a background to the story, followed by a climax and an appropriate end where you can include a lesson or a personal statement. If you’re lost where, to begin with a narrative essay, perhaps you ought to narrow down a genre first. For instance, mystery or horror, you get the point.

For a narrative essay, you may work on the following topic:

“Write about your most memorable adventure that took place abroad. “ 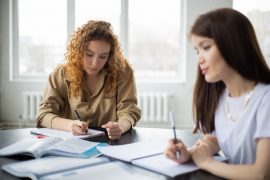 How to Write a Discursive Essay: A Step-by-Step Guide 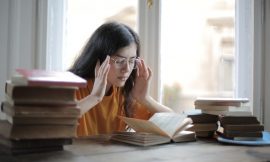 How to Write an Impressive Case Study with Examples